I’ve welcomed my friend, Bob Halstrom, DVM, to our blog before. He wrote the piece included in last year’s post, Volunteer For Animals Locally. He’s a good writer with a neat perspective, and I think you’ll enjoy this piece:

Buddy the Bear is going to be home for Thanksgiving, and that makes me happy. This is making Lewis Altes pretty happy, too. For a while it didn’t look like Buddy would ever come home.

Mr. Altes had a run of bad health last year and he spent a fair amount of time in the hospital. He’s been retired for a few years, but as luck would have it, the bad body blues have conspired to get in the way of enjoying that freedom. 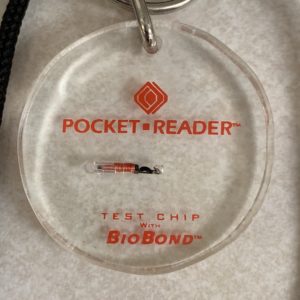 When he finally got out of the hospital he was too tired and too bummed, and his kids were worried about him. So one of them figured he needed a puppy to give him a reason to get out of bed every morning. That’s where Buddy came in.

“There must have been some magic in that old silk hat they found, for when they put it on his head he began to dance around.” It worked for Frosty the Snowman, and it worked for Lewis Altes, too.

Funny how a silly little puppy can turn your life around.

Buddy is a Yorkshire Terrier, a tiny package of hair and personality and more hair. Don’t tell Mr. Altes I said this, but Buddy probably won’t ever win a dog show. His legs are too long and his teeth are crooked, but his heart is real and it belongs to Lewis. The feeling of course, is mutual. What you have here is your basic match made in heaven.

These two became best friends, and since Lewis now had a reason to get up each morning, his parts began to fall back together, too.

Then, about two months ago, Buddy disappeared. Somehow, he got out of the yard.

Lewis and his wife looked everywhere for him. They called out his name night and day. They cruised all over Brentwood, talking to kids and anybody else they met. They went to the shelters. They didn’t find a trace.

Buddy just flat disappeared off the face of the earth.

Two months. No Buddy. No word. Soon, although Lewis wouldn’t admit it, no hope.

When Buddy showed up at our clinic, I had no idea anybody was looking for him. Two nice people came in without an appointment because their little dog needed vaccines in order to get a haircut down at a local grooming place. Their English wasn’t very good and they had never had a dog before, so they weren’t quite sure how such things were done, but they wanted it done correctly.

A friend gave them the dog about two months earlier, because he was going out of the country, so this couple took it into their home and hearts.

I was just playing a hunch when I got the scanner down off the shelf and ran it over this little dog’s shoulder. Sure enough, up popped a number. This tiny guy had been microchipped.

One quick call to an 800 number and I had a name, address, and phone number. The man who answered the phone sounded a bit surprised, but sure enough he was looking for a little lost Yorkie. I had just met Lewis Altes.

If they put little stars in the plus column up in heaven, I expect the Miranda family here in Pittsburg just got a boost, for they didn’t give a thought to what they were giving up. Once they heard the story of this little missing dog and his grieving owner, they immediately offered to return him.

So we got everybody together, and Buddy and Lewis were re-united, and like I said, I’m a happy guy.

This isn’t a perfect world. It sometimes seems too full of hatred and violence. There is too much traffic and too much stress. Our lives often feel like nothing but chaos and frustration.

But, on this day of thanksgiving, if you can’t quite come up with a reason to give thanks, just try thinking of Lewis and Buddy. I suspect this will stir up just a little smile, if you really need one.

Have a happy Thanksgiving.